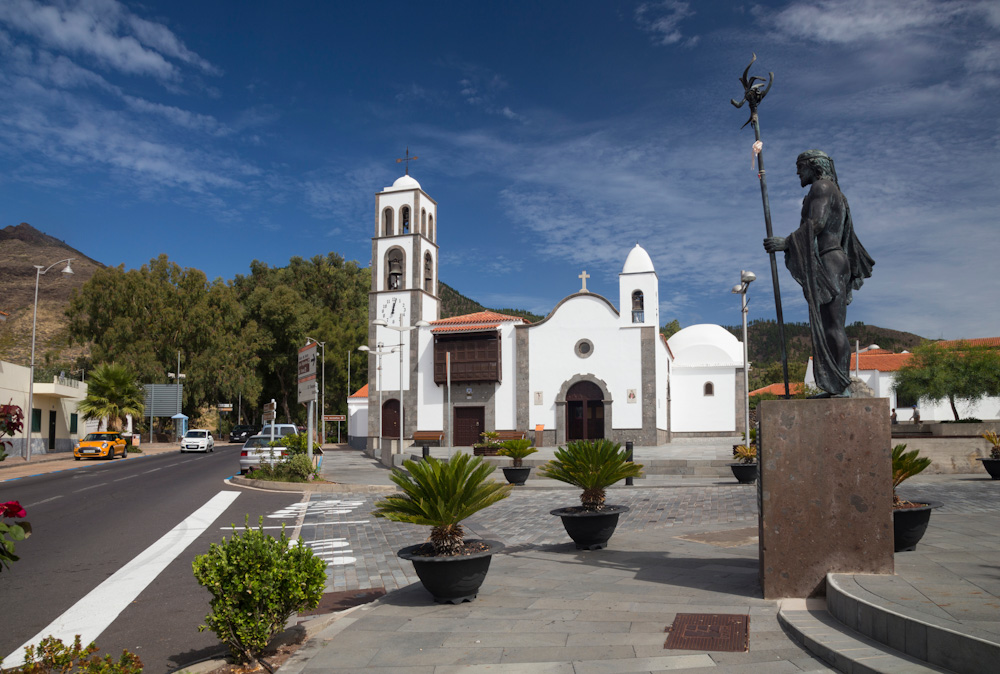 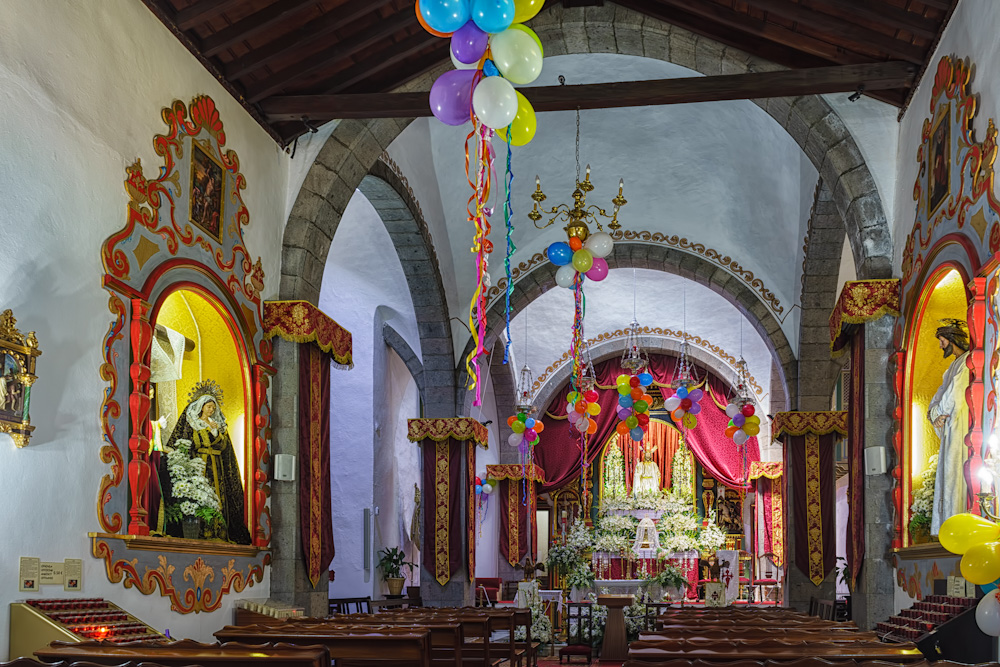 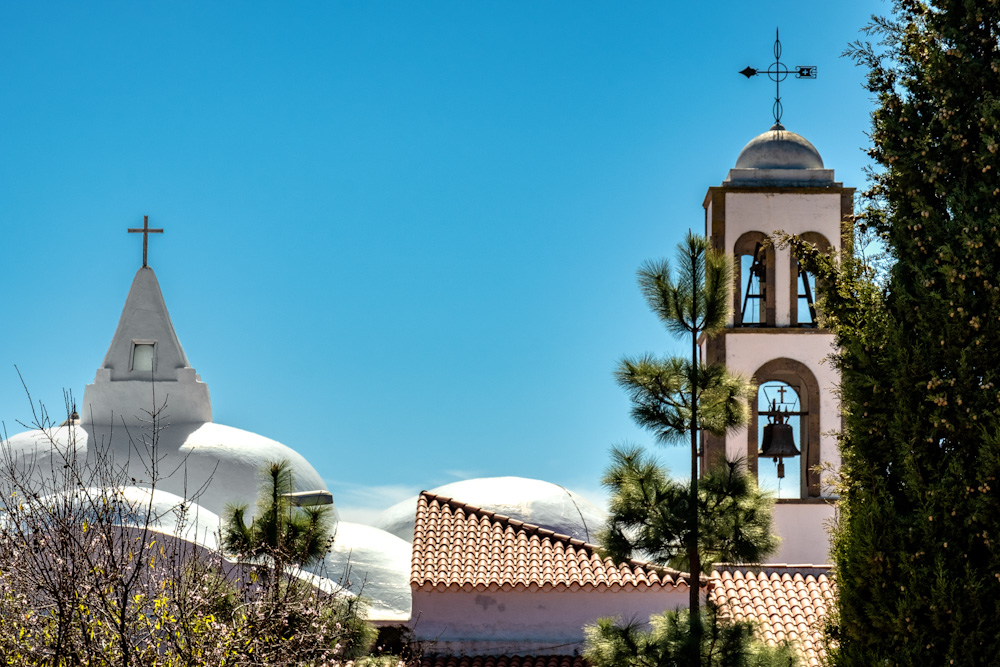 The Church of San Fernando Rey (Iglesia de San Fernando Rey) is in the south of Tenerife, in the town centre of Santiago del Teide, presiding over the main square next to the Town Hall.

Its construction began in 1679 and was led by the man then-known as the Lord of the Valley (Señor del Valle), Fernando del Hoyo Solorzano. However, it has been subject to various reforms to take the figure it has today.

Architecturally, it is a single-nave rectangular church with a semi-spherical dome. Its façade is white and grey, with a beautiful wide balcony standing over it. The balcony is traditionally Canarian and made of wood, like the doors giving access to the building, which are spread through the main façade and the side walls.

Its bell tower rises up on the left of the façade, standing out above the rest with a Christian cross crowning its highest point. The wooden doors shine on their own, both on the main façade and the side walls.

The church holds important works of art, sculptures and tableaus inside, which mainly originate from the 18th Century.

more things to do

Deals on places to stay